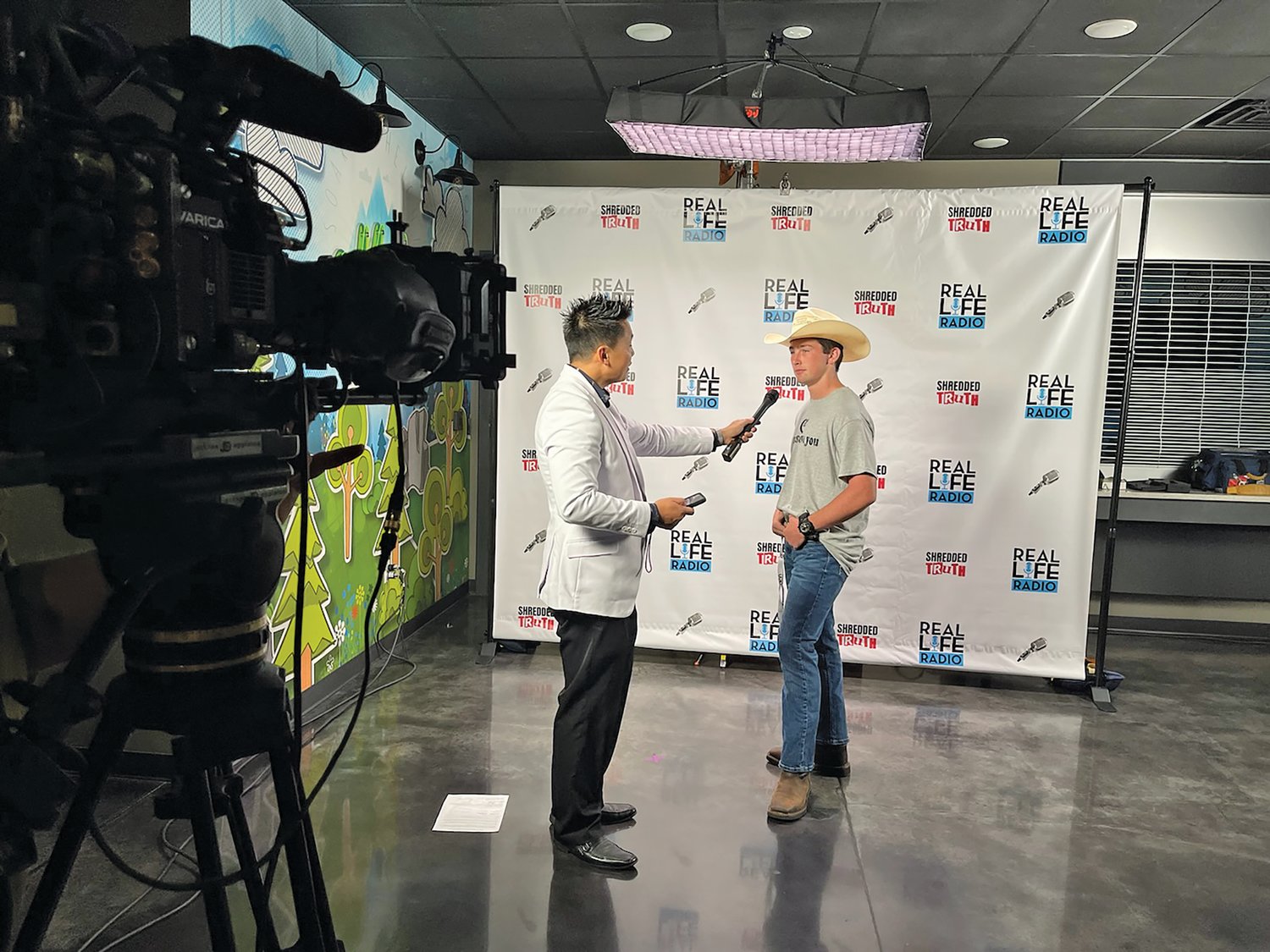 Le and Matthew Donna Braymer/Staff Real Life Radio host, Anh Le interviewed Matthew Stephens after viewing Running the Bases. Stephens enjoyed the movie and was surprised by the emotions it made him feel. 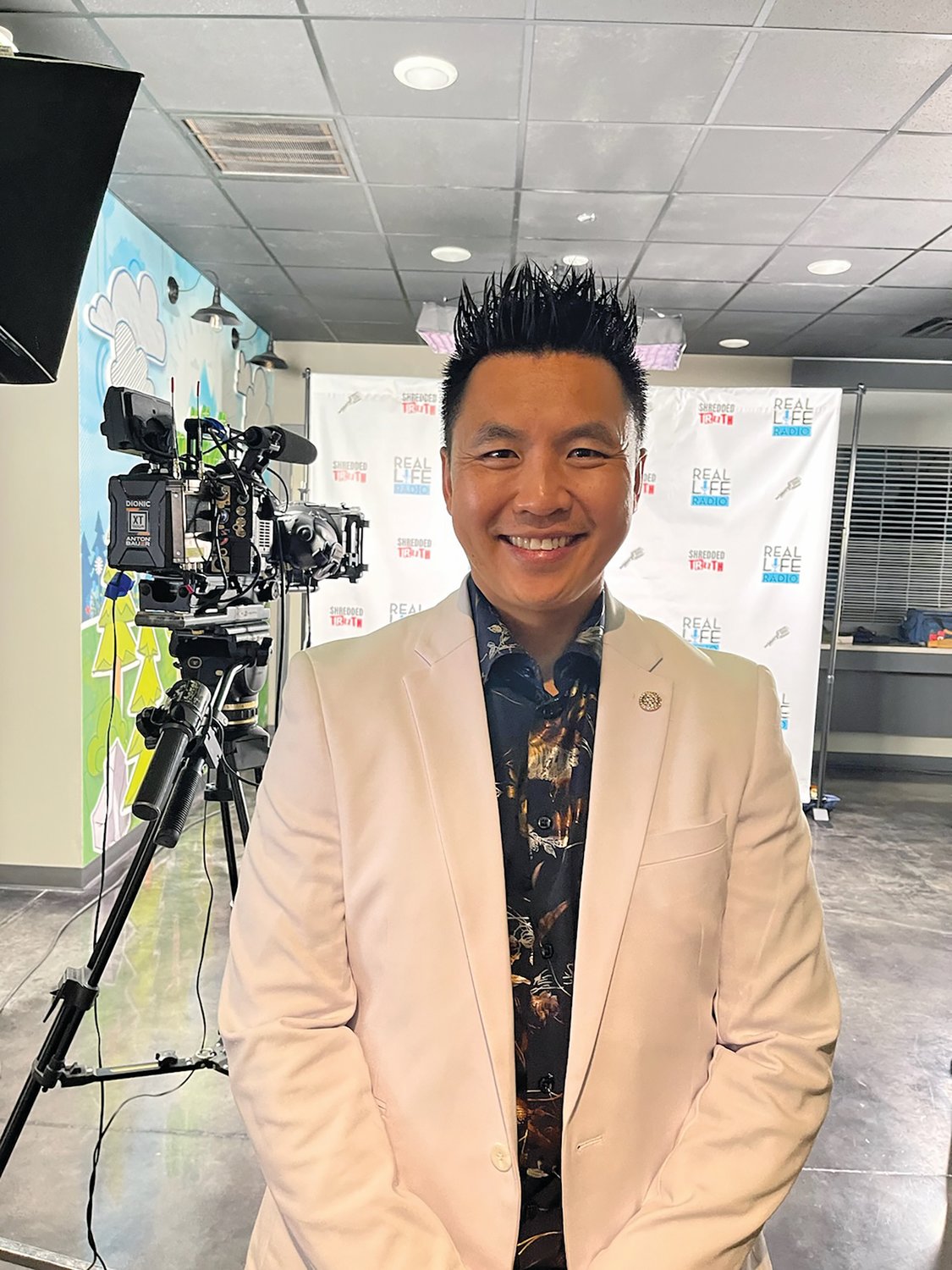 Real Life Radio Donna Braymer/Staff Anh Le, the host of the Real Life Radio Show interviewed people after the city premiere, Running The Bases which was shown Saturday, June 18, to the families and businesses who participated in the movie. The movie will be in theaters sometime before the fall.
Previous Next
Posted Friday, June 24, 2022 11:06 am
By DONNA BRAYMER donnab@harrisondaily.com

Anh Le, the host of the Real Life Radio Show was invited to attend the city premiere of Running the Bases on June 18, to aid the producers in interviewing people who had watched the movie.

Who did you play in the movie?

Le said, “I wasn’t a baseball player. Then he teasingly said he did Kung Fu in the movie, and actress Meegie Jenny laughed and added, “Baseball, Kung Fu — it’s all good.”

All teasing aside, he said, “I’m just doing some of the hosting here. The movie has a very compelling message of the gospel. But it’s also just a very good movie. It’s inspirational and there are characters you fall in love with.”

This was the first time he had been to Harrison. As a resident of Orlando, Florida, his radio show broadcasts in San Francisco, California; Reno, Navado; West Virginia and Bakersville, California. The show is also on all podcasts and radio app platforms.

“Real Life Radio is about peoples’ testimonies and lives and how they met Jesus Christ and how Jesus changed their lives from former atheists, prostitutes, Buddhist, satanists, people involved in witchcraft — everything under the sun. I was an atheist,” he said.

“I was trying to prove Christians wrong by using the Bible. It really backfired. Bad. I encountered Christ in such a real way. I’m a molecular biologist. It’s been very hard for me, when I discovered that Jesus was real to wrap my mind around the fact, ‘Is evolution not right? Maybe it’s true that everything isn’t random. Maybe there is a designer. Where’s the evidence? The Lord guided me to preach the Word of God as an evangelist, but also to do a radio show to say, “Where is it?” Can we really track this Jesus? Can we track the work of the Holy Spirit?”

“So I started doing the radio program to see what “this Jesus” was doing in peoples’ lives. Well, the results are incredible. You can hear those stories on Spotify, or wherever. We talk about very real adult things. It’s very real, personal and what people are interested in today. The show focuses on presenting evidence there is a real God.”

Le owns a business and preaches as an evangelist. “I’m sort of like Paul, the tentmaker.”

The radio show is a 501(c3) and can be found on all social media sites. The website is awakeningthenations.com/ or visit the Facebook page, Real Life Radio Show or the podcast, Shredded Truth. 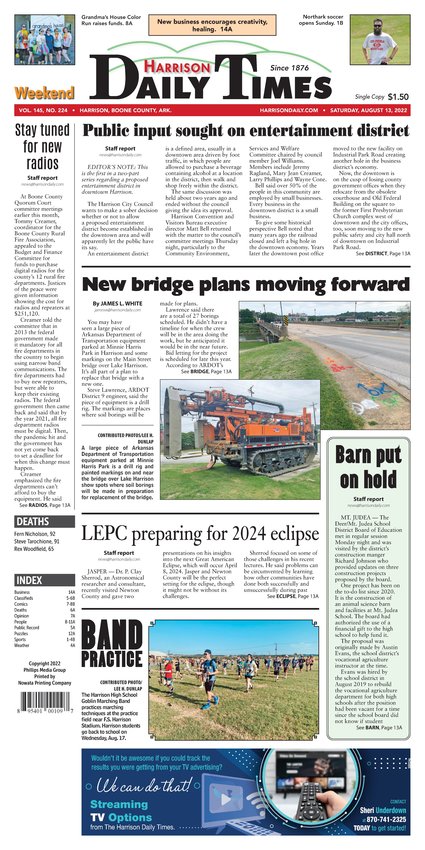