Jake, from State Farm is here 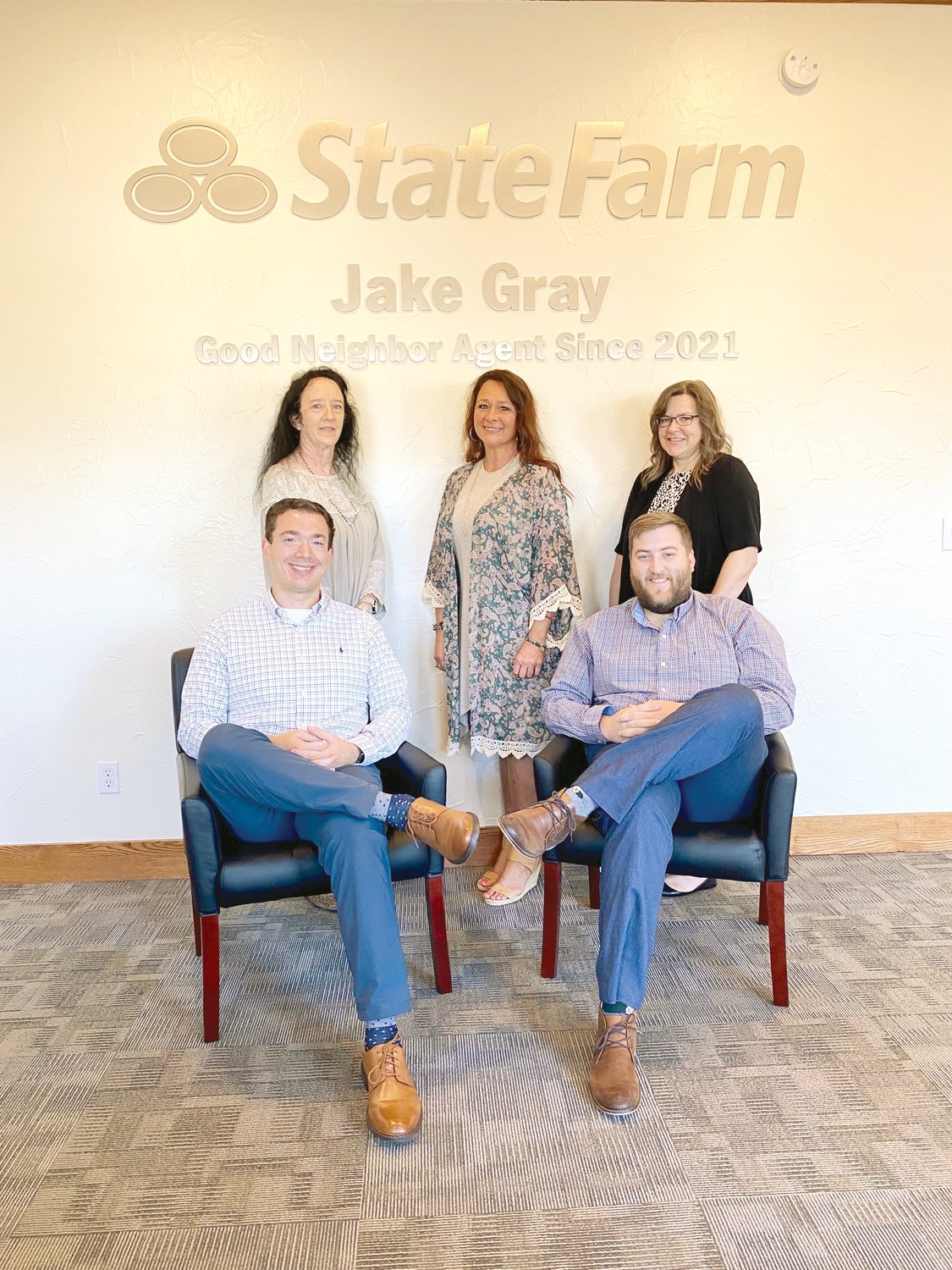 The Harrison community has their own ‘Jake from State Farm.’ Jake Gray has a history with Vikki Hudson’s State Farm Insurance Agency, back to his college days.

“I was one of the guys in the Good Neighbor Bear costume during the Harrison Daily Times Expo,” Gray said. “I was probably 21 years old, and it’s so funny that I ended up working here and now own the business.”

The late Vikki Hudson had built such a large clientele that corporate wanted to divide the business into three businesses after she passed away in 2020.

“But they realized that Harrison wasn’t large enough to support four agents, so they divided it in half. Casey Scribner has the other half of her business and I wish him well. I know he will do a good job. Brian Johnson, the third agent in town, has also represented State Farm for many years.”

Gray said he graduated from college with the intention of being a history teacher. “I happened to be working at the Youth Center for the summer, dressed in shorts and a T-shirt and Vikki asked me to come by. I had no idea I was interviewing for a job.” He laughed. “She really felt like I would be good at this job and wanted me to take over the business when she retired. We never got to that point, of course. We’ve been family friends for a long time. My mom works here and was dating Vikki’s son, Taylor, when he and his daughter died in a tragic car accident.”

Gray told Vikki he would try it for a year, and if it didn’t suit him, he would start teaching school.

He graduated from college in May 2016 and started working for her in June 2016.

The office has an interesting history. Vikki was originally an agent in Greenwood, Mississippi. Then she went into management in Northwest Arkansas. She began managing an office for Ray Barnard in Northwest Arkansas. He told her he wasn’t retiring unless she took the business and moved to Harrison. So she accepted the position in 1995 and had an office on the Harrison square. They built the current office in 2001 and grew faster than she anticipated. So they had to add on two more offices after the new construction was completed.

Gray said the only thing that has changed since he purchased the business are the paint colors. “I loved the purple office for her,” he laughed. “But I think the cream color fits me a little better,” he laughed. “We also changed the paisley and floral wallpaper and brightened it up in here.”

The office mascot is Jake’s golden doodle dog, Rigby. “She is our greeter and usually comes to work with me,” he said.

“Brian is a recent graduate of Arkansas Tech and grew up in Berryville. He’s in sales, and is learning and doing well. Everyone else has decades of experience, are local assets and have been invested in the community for years,” he said.

Office hours are Monday-Friday 8 a.m. to 5 p.m. and they offer Saturday and after hours by appointment. The phone number is 870-741-9461. The office is located at 130 Industrial Park Road.

From the Chamber’s President/CEO …  December 2021

Love you a bushel and a peck, and a hug around the neck 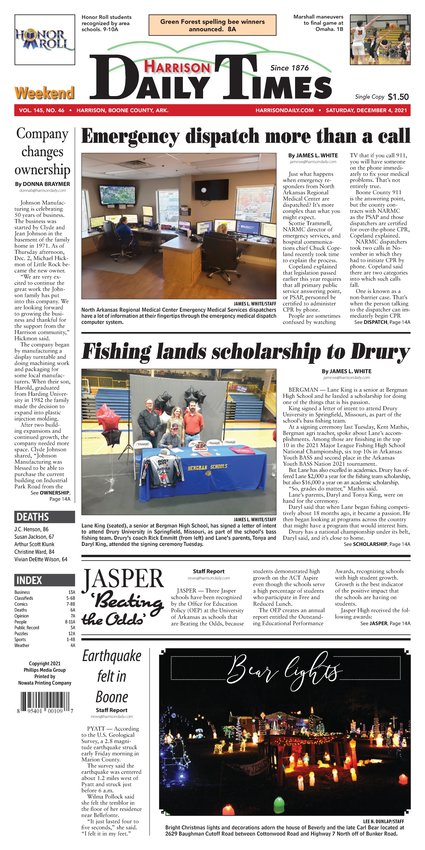