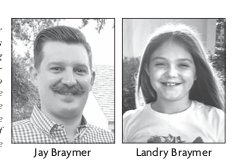 Editor’s Note: Part of this column is written by our middle son, Jay Braymer with his 10-year-old daughter, Landry.

DNA —  those tiny molecules that get passed from one generation to the next and even sometimes skip a generation before it shows up. But don’t you find it uncanny? There are more than a thousand miles between Landry Braymer and me (also known as “Gram.”) We might get to see each other one time a year, if we are blessed. So I’m unsure how precious Landry gets saddled with some of my cooking and cleaning skills: AKA bad habits and or faults. But it happens. Landry and her father (Jay) gave me permission to share this heart-wrenching story he wrote. Bless her heart, it wasn’t funny at the time, but hopefully by now it’s better.

PRESS THE PAUSE BUTTON. I found this definition of DNA interesting. “Deoxyribonucleic acid (DNA) is a molecule that contains the biological instructions that make each species unique. DNA, along with the instructions it contains, is passed from adult organisms to their offspring during reproduction.”

From our son, Jay:

Landry pulled another “Donna” in the kitchen this weekend. While speed reading the instructions on a Jello No-Bake Oreo cake, she failed to realize that a bag of cookie crumbs was supposed to be mixed with butter to make the crust. Instead, the packet of crumbs was poured into the milk she had just measured.

Sarah (Mom) had left for the store, and Landry was told multiple times to slow down and read the instructions carefully. When I heard her tears from the other room, it sounded like something was seriously wrong. She was sobbing because she knew she messed up. She had been given clear instructions and failed. At that moment I didn’t yell at her. I told her everything would be fine but the tears were still flowing. Her failure was obvious, and she knew she would have to answer to her mother who knew her tendency to rush through important steps when the thoughts of sweet treats were distracting her.

We called Mom and developed a plan to pick up some extra Oreos and make a crust from scratch. The dessert was eventually finished and turned out just fine.

All that was left to do was get rid of the measuring cup full of milk and soggy cookie crumbs. Instead of pouring it in the trash, we decided to get the popsicle molds and see if we could find some redemption for the misused ingredients.

In the moment, all she could see was failure. This is a lot like real life for us as well. We fail regularly, and without Jesus we are doomed. The Bible even says that we all “fall short” of God’s perfect standards. But the good news comes in the person of Christ. When we place our faith in Him, Jesus covers our sin and makes all things new.

What started as a disobedient mistake turned into delicious creamy Oreo popsicles.

When we see a soggy bowl of mistakes, God sees Jesus who covers our sins.

I’ve done the same thing, so many times. I’m terrible at reading the instructions. I’ve often dumped all the ingredients in at the same time, forgetting there should be a “wet” bowl and a “dry” bowl. Sometimes it works out OK and sometimes it’s a disaster that has to be discarded. I’m so thankful there are NO disasters and no impossible, much too sinful people for Jesus to forgive and redeem.

So don’t say you are a lost cause, and Jesus wouldn’t want you in Heaven. He gave His life for you. Let that soak in. One of the men on the cross at the same time Jesus hung there, believed and accepted Him into his heart right there on that cross. There was no time to run to the bank and write a check to the church. No time to sacrifice a perfect lamb at the Temple. No time to do more good than bad deeds. Jesus Christ was the perfect “Lamb of God” that was hanging right there next to this man because of my sins and your sins. No one is a lost cause. God is bigger than your failures and problems that will seem petty in the scheme of things 100 years from now.

But it’s your choice. Throw your hands into the air and give up … or let God make delicious Oreo popsicles and a beautiful trophy out of your life. 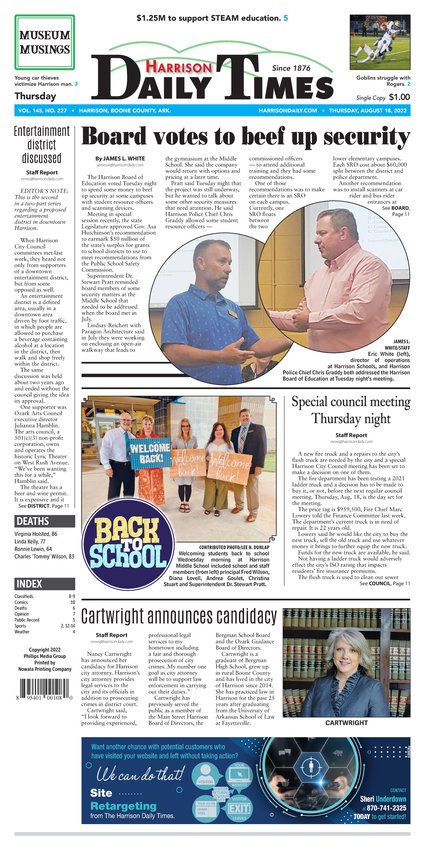