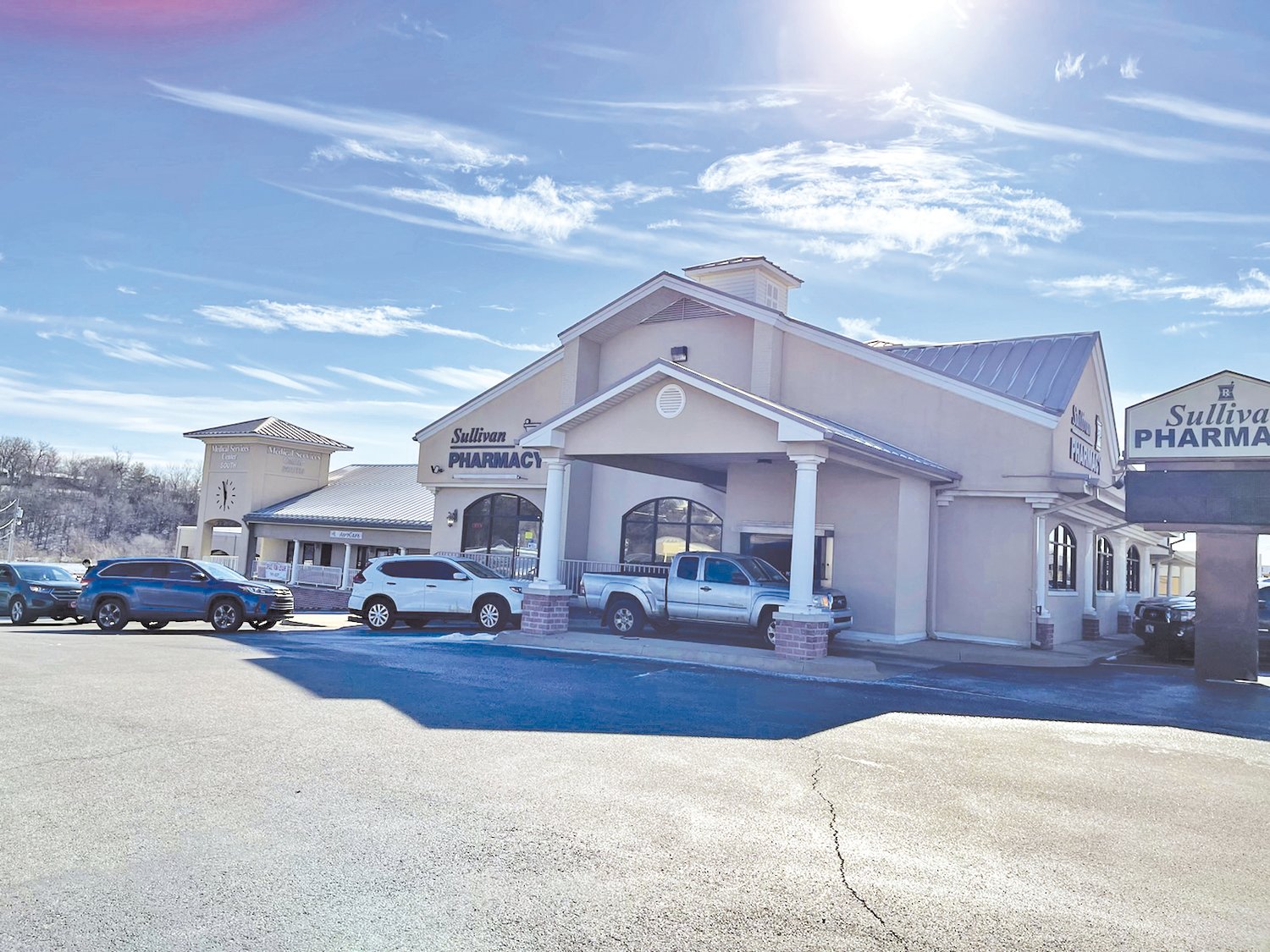 1.22 Sullivan Pharmacy Donna Braymer/Staff    Sullivan Pharmacy originally opened in the 60s as part of the Family Doctor’s Clinic. Pharmacist Mike Richardson moved the business to the current location on Main Street around 2000. 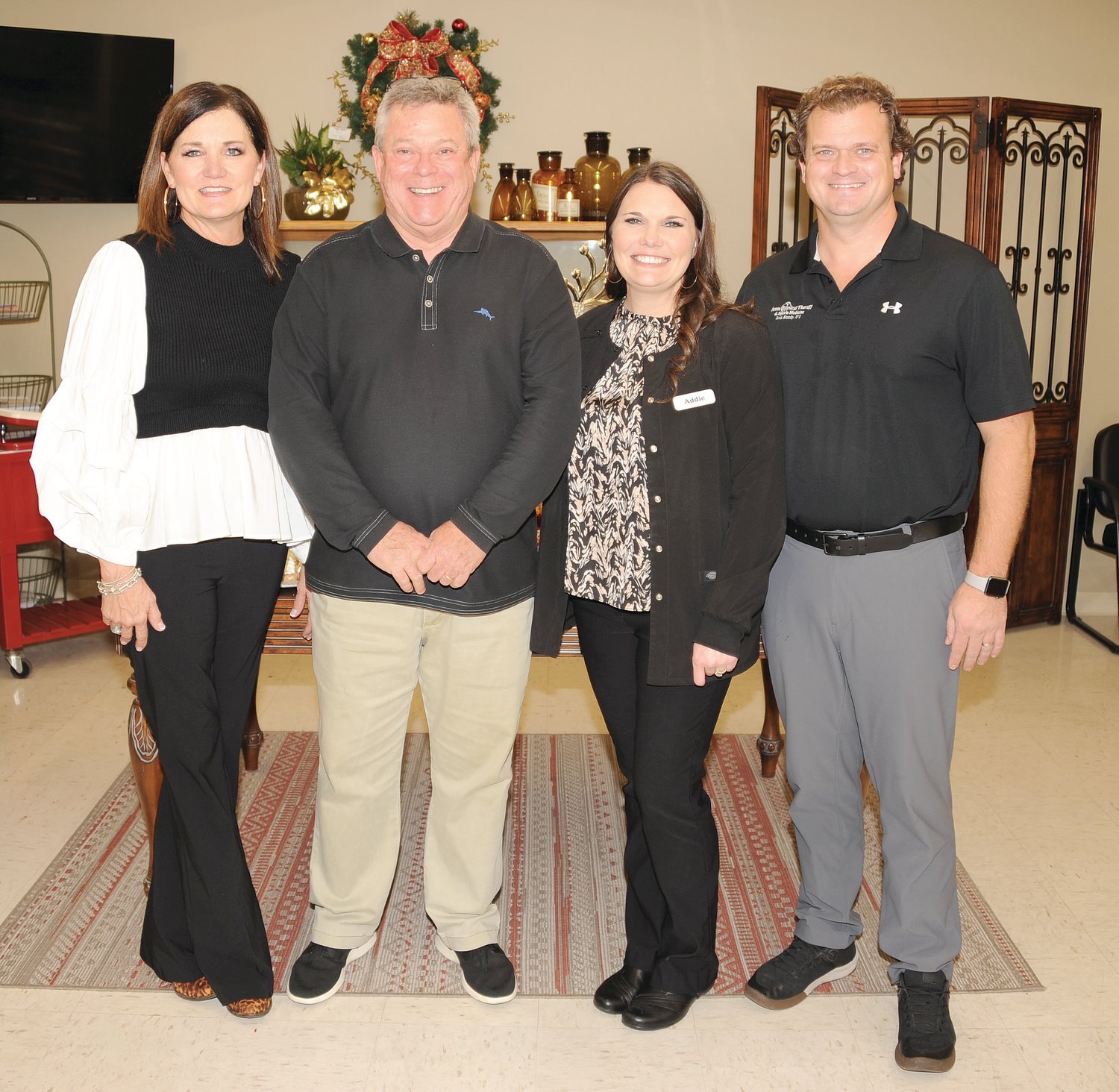 1.22 Sullivan Pharmacy New Owners CONTRIBUTED PHOTO/Lee H. Dunlap Paula and Mike Richardson (from left) have turned over the ownership of Sullivan Pharmacy to new owners, Addie and Josh Bundy. Addie has worked at the pharmacy since she graduated from pharmacy school 14 years ago.
Previous Next
Posted Saturday, January 22, 2022 7:25 am
By DONNA BRAYMER donnab@harrisondaily.com

Mike Richardson has retired and Sullivan Pharmacy has new owners. Cliff Sullivan worked at Bennett Drug Store which was originally next to Frenzy’s but torn down when the main street was Hwy. 65. Sullivan moved into the Family Doctor’s Clinic where Dr. Collins is currently, opening Sullivan Pharmacy circa 1965-1966.

As kids, Mike Richardson and Don Milburn lived a block away from each. They started college living across the hall from each other. Eventually, Milburn went to dental school and Richardson went to pharmacy school.

Richardson’s dream was to return to Harrison to open his own pharmacy. But while he waited, he worked for a corporate hospital pharmacy and moved around a lot between Texas, Arkansas and Missouri. He eventually tired of moving and purchased his own pharmacy in Concordia, Missouri in 1984. Almost eight years later, he heard from a friend of a friend that Cliff Sullivan was considering selling his pharmacy.

The business outgrew the space at the clinic. Customers complained there wasn’t adequate parking. Richardson saw that the Bonsteel Lumber building was for lease and began considering that option. “It was way more space than we needed at that time but I kept talking to Glen Carlson and he agreed to put in a drive-thru window for me and we finalized the deal.”

At first Richardson kept both locations open, but eventually moved everything to the current location on Main Street.

Milburn and Richardson remained friends. “I remember attending his backyard wedding and remember when Addie was born. Don was my dentist. So when Addie was considering pharmacy school, I heard all about it and probably answered questions for her.”

In the meantime, Addie Milburn married Josh Bundy in 2004. She completed her education in 2008 and with a three month old baby, the couple returned to Harrison and Addie became a pharmacist at Sullivan Pharmacy.

Addie said when Mike approached her about his retirement and asked if she was interested in purchasing the business, it scared her and excited her at the same time. The two families made it public at a Business After Hours in December.

Addie said she used to spend a lot of time at her dad’s office growing up. “But I just couldn’t bring myself to work inside people's mouths. I had a friend in pharmacy school who encouraged me in this direction. I love it,” she said.

“I love the fact we are an independent, smaller pharmacy and able to know our patients better. It’s our desire to provide the best service. After my dad retired, I was able to hire his long-time assistant that had known me since I was two years old. With Jane Young working at the pharmacy now, I feel like I have family working here, too.”

The staff of 15 and the customers have been very supportive of the new ownership. Richardson said, “Addie has her own following of customers from the past 14 years. I was very pleased to sell the business to her.”

Her favorite part of the business is getting to see and talk to the customers. “They have been so excited for me.”

Sullivan Pharmacy continues to expand and grow offering delivery service and they can mail prescriptions to customers who live further out. “We also deliver to nursing homes and assisted living facilities with bubble pack, individual doses. The Pharmacy offers flu shots and shingles vaccines. If customers need to wait a few minutes, there is always shopping with games, puzzles, two new purse lines, Brumate koozies, coffee mugs, and woodwick candles to consider for purchase.

The pharmacists are also very diligent about a patient’s list of medicines and making sure a combination doesn’t bring harm to the person. “We often get calls from the ER who need to check on a person’s medication list,” Bundy said. Richardson added, “That’s another good reason to stay with one pharmacy and keep all medications coming from the same place.”

Richardson said, “I really can’t express my appreciation enough for all the customers’ friendships over the years. I miss my customers. It’s been very rewarding and a dream come true to own my own pharmacy here in my hometown. I was born at the hospital —  right across the street from the pharmacy. I know our customers will continue to support Addie and Sullivan Pharmacy. The future looks bright for Addie and Josh. I’m excited for them.”

It’s really about giving and putting others first 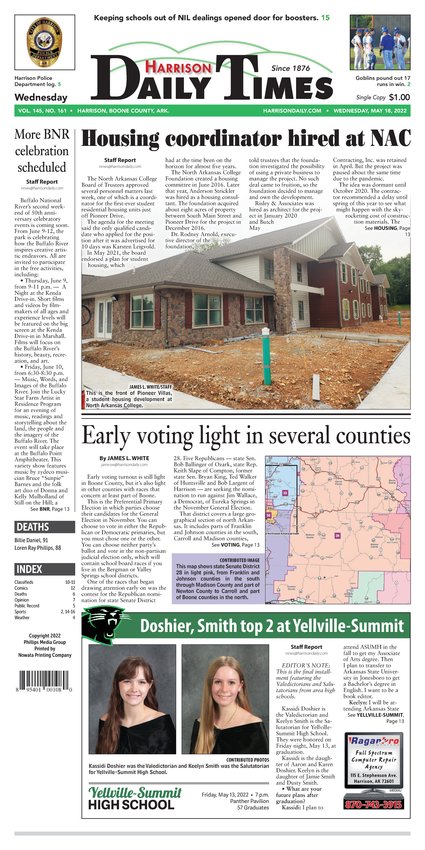